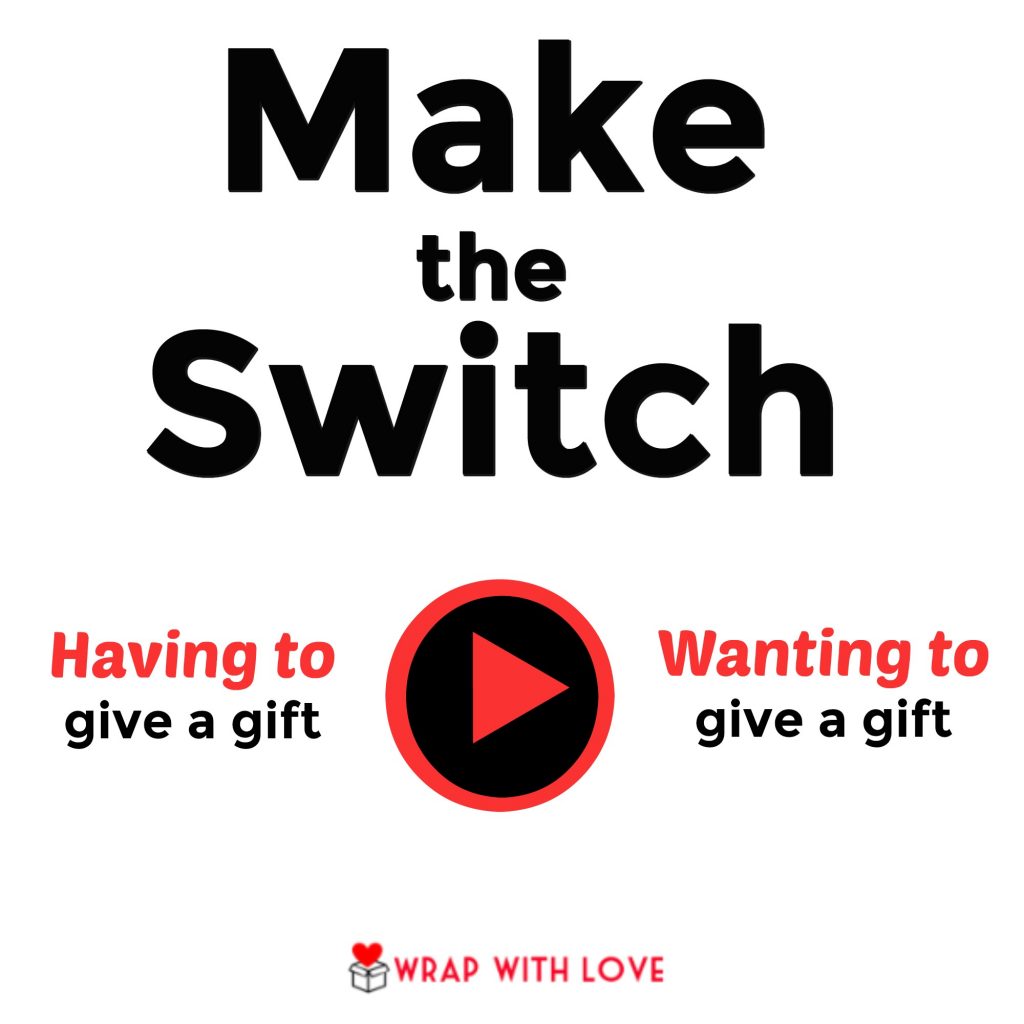 “My son is turning 16 in two weeks and I have to do to something for his birthday.”

So said the guy next to me at the gym as we grimaced through yet another round of abs. He issued this proclamation with as much enthusiasm as someone mailing a check to the IRS for underpayment of taxes.   It seemed out of character, as this was someone who usually beamed with pride whenever he talked about his son’s academic and athletic accomplishments.

As he knows I get excited about gift giving–not to mention we were slow in doing our exercises!–he continued, “Got any good ideas?”

Me? Have ideas for a birthday? OF COURSE! I LOVE BIRTHDAYS! Once upon a time, I would have rattled off a bunch of ideas and thought I was helpful.   But if there’s one thing I’ve learned over the years, it’s that an idea isn’t good until the person can make it their own. Making an ice cream cake in the shape of a ‘16’ can be awesome, but for a single dad who swears he can’t boil an egg, it’s a non-starter.   Not to mention what if his son likes brownies more than ice cream?

I started asking Gym Guy some questions to get a better sense of what he would be comfortable doing and some things his son might enjoy. He recalled his own 16th birthday; special times he and his son had shared; a gift he had given his son a few years ago that was a favorite; some gift ideas his son might enjoy…and the more we talked, the more excited he got about his son’s birthday.

Though the difference might seem like word play, it’s a huge change in behavior. He went from feeling obligated to make something (anything!) happen to excitedly making birthday plans that would delight his son. The more he thought of special times they had together or things that would make his boy say “Wow!”, the more invested he became and the greater the emotional momentum.   And once someone has the intensity of emotion behind them, just watch the ideas fly.

Gym Guy entered the magical zone of heartfelt gift giving and realized an occasion such as a birthday is an opportunity to celebrate someone special and shower them with love—whether in the form of their favorite birthday cake; a gift you know they will love; or taking them to see the latest superhero movie, even though you would rather see anything else.

You too can enter the magical zone of gift giving! Gaining admission is easier than you think:

I haven’t heard yet what Gym Guy ended up doing for his son’s birthday. But I can tell you when I last talked to him, he was off to a great start.