Here’s What to Get the Person Who Has Everything 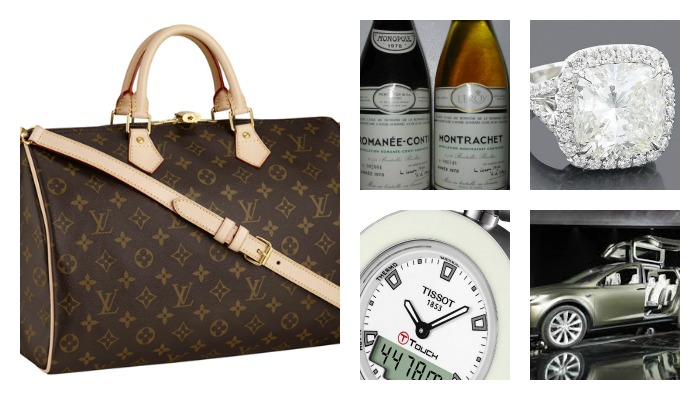 Here’s What to Get the Person Who Has Everything

A friend said she needed to get a birthday gift for someone and didn’t have a clue where to start because the person had “everything”—fancy house; sports car; a wine collection to make a connoisseur weep.

Making matters worse, my friend is someone with limited financial means and felt there was no way she could ever “compete” with what the person could buy for himself.

Sound familiar? If you’ve ever needed a gift for your boss; your brother who has more money than every family member combined; that friend who buys shoes and handbags as frequently as most of us buy milk, then I bet you can relate.

The secret to finding the perfect gift for someone who has everything? Don’t try to compete. Instead, give a gift the person couldn’t get for himself. Just imagine how happy the person would be to receive something he could not get on his own, despite his vast resources. If you want to give a gift that’s sure to delight, make sure it is:

In the example above, I asked my friend to describe the person she needed a gift for and a favorite memory she had of him. She said that he was a bigwig at a technology company, and was also passionate about music. Once he had even shared a song he wrote for his father. Bing!   Starting with music as an idea and quickly moving on to songwriting, we found a lovely little book called, “Songwriters Journal.”   In the birthday card, she recalled the musical tribute to his father and wished him many more beautiful songs. To ensure he’d always have something to write with at hand, she paired the journal with a handsome pen in his favorite color.

The next time I saw her, she mentioned that the gift was a hit. It turns out the gift recipient previously would use whatever paper was nearby to jot different lyrics on, but loved the idea of having them all in one place and a pen that was exclusively for songwriting. He was also very touched that she not only remembered the song, but also enjoyed it so much.

Several years ago, I found myself in a similar situation when I wanted to give my boss a Christmas gift. This guy was exceptionally hard to buy for—he had grown up in Amsterdam and had worked in London and Paris. He had exceptional taste and every outfit he wore seemed to be straight out the pages of GQ. He was also a competitive athlete whose early morning work-outs burned more calories than most people expended in a week. Clearly a fashion-related or athletic-oriented gift wouldn’t work—even if I had known where to begin!

I started thinking about various conversations we’d had and began looking for clues. I remembered that there were several times in meetings where someone had made a reference that was distinctly American and my European boss had no idea what it meant. For example, when we had to re-do our budgets for the third time, someone had commented it was like “Groundhog’s Day all over again”; my boss asked what did animals have to do with budgets. Another time, a colleague was sharing details of a training class he had attended. Someone asked what he learned, and he jokingly replied with the classic line from “A Few Good Men”: “You can’t handle the truth.”  My boss very politely asked why not.

My boss’ lack of familiarity with American movies was the inspiration for the gift I gave him that year: a collection of American movies that most people his age would have seen, including ET, Ferris Bueller’s Day Off, Caddyshack. I wrapped the DVDs up with some bags of popcorn and packaged it all in red, white and blue. Were these movies something he knew he needed? No, but he said he loved the gift because it would help him to better understand some of the subtleties of American culture and better fit into the work environment.

Getting a gift for the person who has everything—or at least more than you do—can be tricky. But with some creativity and a whole lot of heart, you can delight them long after the gift has been opened.