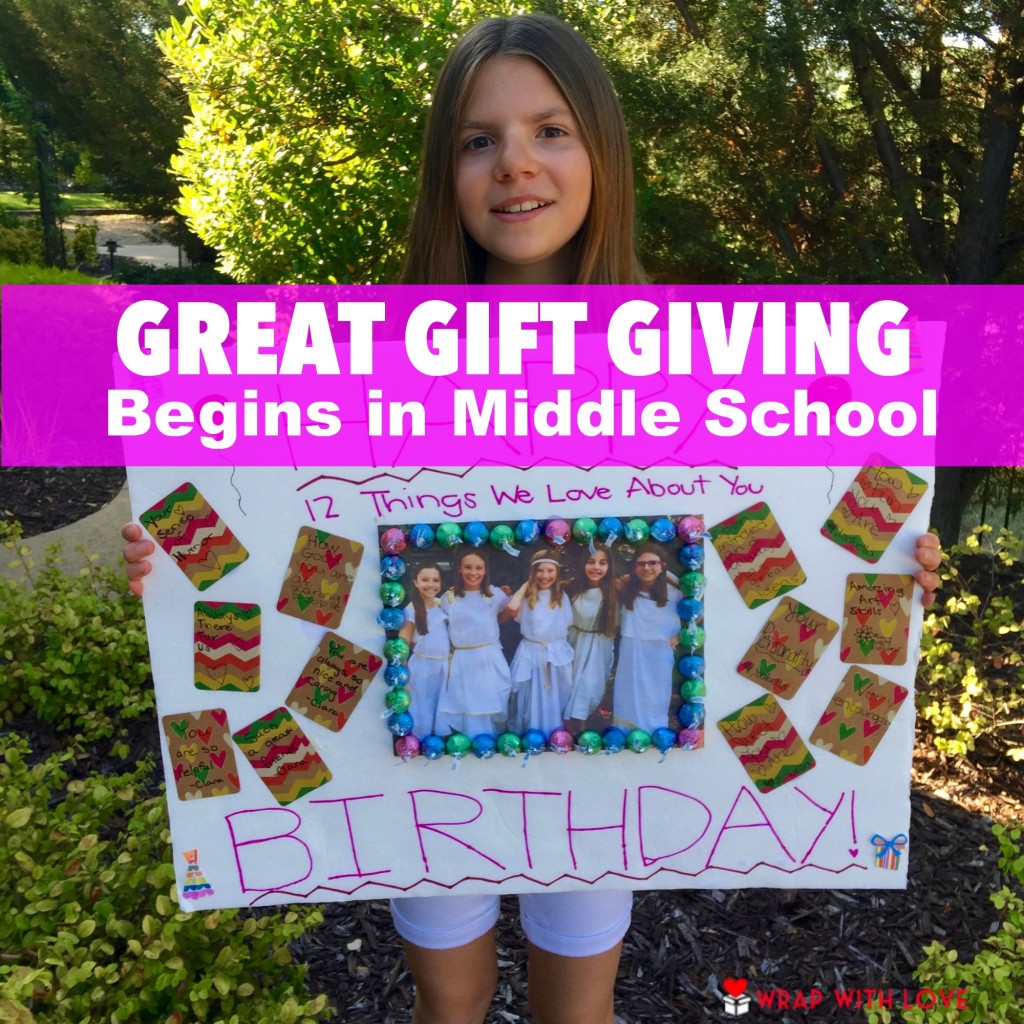 I was dropping my sixth-grade daughter off at school recently when she said something she has never, ever said before:

So excited?  For school???   REALLY?  She usually tries to convince me she shouldn’t have to go, so something was definitely up.

When I asked why she was looking forward to the day, she said,

“My friends are bringing me a birthday surprise!!!”

I wish you could have seen how happy she was.  It was Christmas morning/your favorite flavor of ice cream on a hot day/giggling with your best friend happy.  She was bursting with joy as she got out of the car to start her day.

Her explanation captured the magic of gift giving—the special people in her life were doing something special to celebrate her.  She had no clue what the gift was going to be, but the very idea of it was enough.

I also thought it was crazy cool that her friends had taken it upon themselves to plan a birthday surprise and bring it to school.  One friend had started the ball rolling and came up with an idea that the other three friends could participate in.  The group aspect of the gift made it even more special because her friends had taken the time to coordinate their efforts.  As someone who believes gift giving is one of our most important social traditions, I’m psyched that 11- and 12-year old girls already understand its value.

The birthday surprise at school was such a hit, the girls continued the tradition for the next birthday.  A new idea was generated, but once again, they worked together to celebrate their friend’s special day.

If 12-year olds, who don’t yet drive or have purchasing power, can pull off a birthday surprise that makes their friend radiate with joy, amazing gift giving is within reach for everyone. 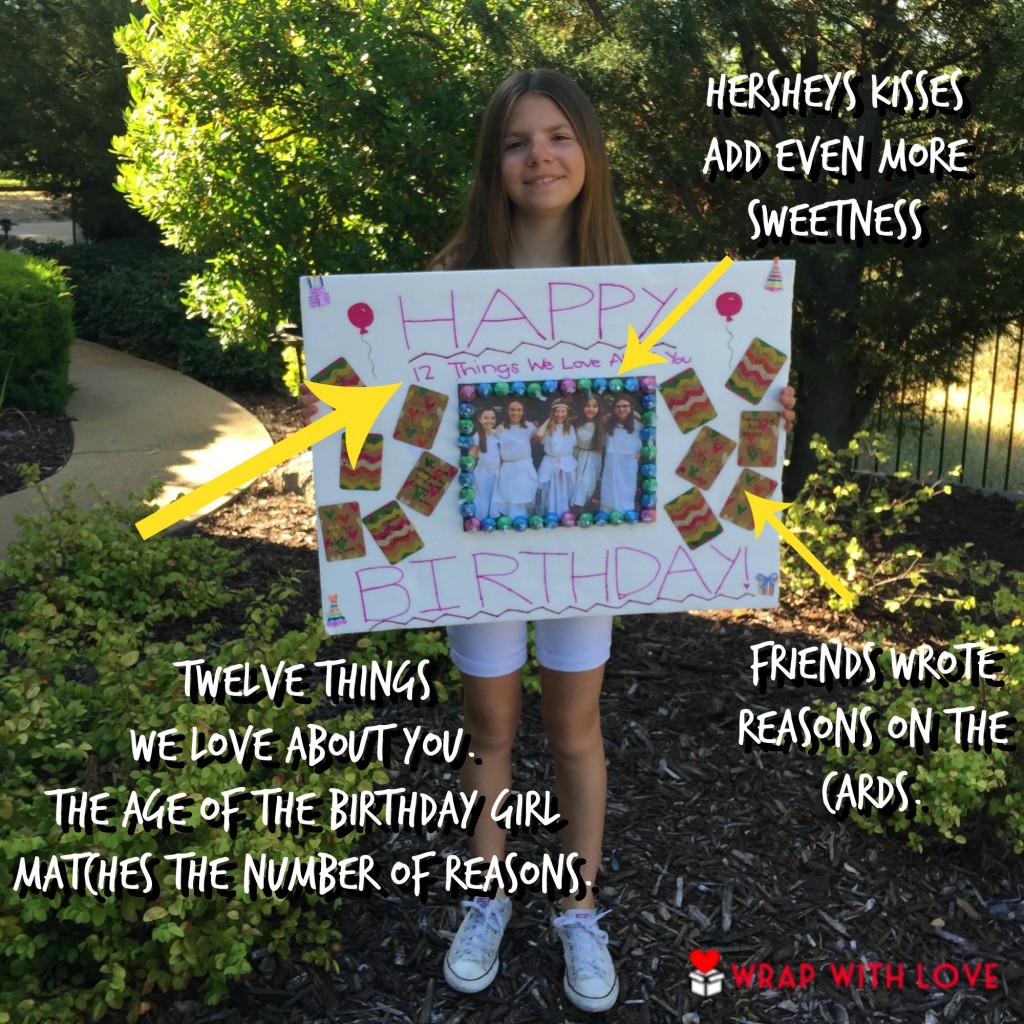