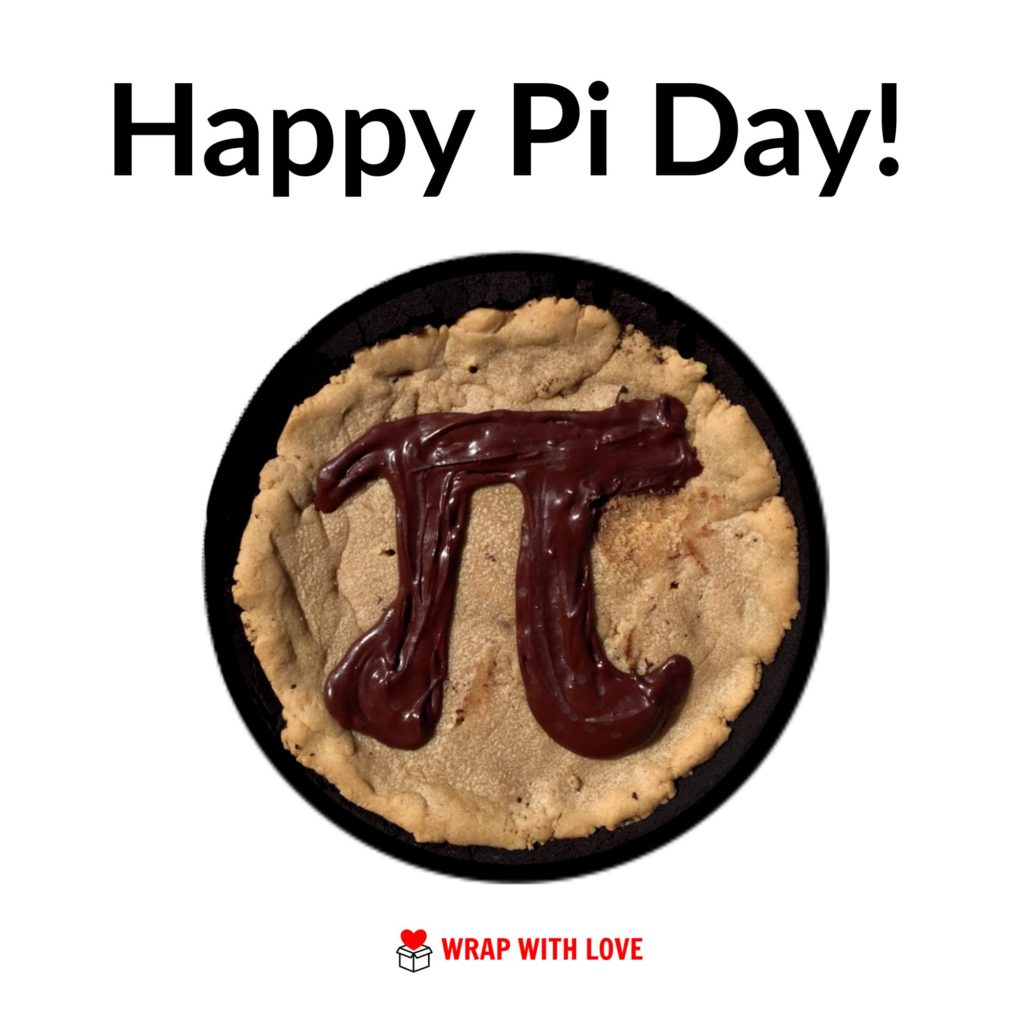 Learn how a math concept became a national holiday, plus fun ways to celebrate.

While not a traditional gift giving holiday, this event DOES combine a tasty dessert with math, so in my book it’s worth celebrating!

Why Does Pi Matter to You

While you might think pi doesn’t matter to anyone other than the students in a geometry class, nothing could be further from the truth!

Listen to a song on the radio recently?

Pi is used by engineers to calculate the signal strength of radio transmissions.

Stared up at the night sky and wondered about the planets?

Pi is used by astronomers to calculate the distance between the masses.

In short, pi allows us to measure anything curved—from roads to automobile panels to soda cans and much, much more.  It’s critical to every mathematical, engineering and scientific field of study.

Though most of us interact with Pi indirectly, it’s MASSIVELY important to the increasingly digital world we live in.

The Definition of Pi

As a refresher, Pi is the ratio used to compute the circumference, area, and volume of circles. It is written as the Greek symbol π and 3.141592653 represents the first ten digits.

Pi is an “irrational” number which means it continues on and on and on without repeating and without any pattern. Mathematicians have calculated it out to eight quadrillion places to the right of the decimal.  Whew!

If that explanation means about as much sense as Charlie Brown’s teacher did….

Here’s a gif that explains the concept of Pi quite nicely (shout out to merelyhere on Reddit):

When Did Pi Day Start

Pi day was created in 1988 by Larry Shaw, a physicist and beloved employee of the San Francisco Exploratorium.

He held various jobs over his 33 year tenure at the museum (he was even hired by Dr. Frank Oppeheimer), but his mission was to make science and math accessible to all.

While he and a colleague were discussing the “mysteries of mathematical constants”, he hit upon the idea to link pi (3.14…) with March 14th.

Co-workers added to the idea and before you know it, there was pie eating and a parade.

I’ve included the picture below of the “Prince of Pi” because it makes me smile…while I never met Mr. Shaw, he looks EXACTLY like a kindly physics professor who’d want to share his love of technical concepts with the world. 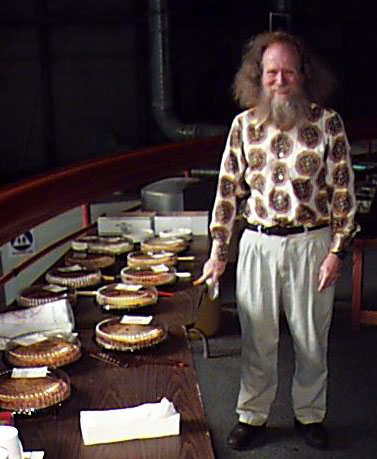 National Pi Day became a holiday in the United States on March 14,  2009 (3/14!) to “encourage schools and educators to observe the day with appropriate activities that teach students about Pi and engage them about the study of mathematics.”

Celebrations are common in schools across America and even around the world because it’s a great excuse to show the real world applications of Pi and a way to inject fun into math class.

As Pi Day is one of our lesser known holidays, anything you do is likely to be a wonderful surprise.

Have some fun and embrace the theme of the occasion with these Pi(e)-themed gift and party ideas:

Here are some Pi(e)-themed movie choices to add some fun to your celebration:

–The Life of Pi

–My Piece of the Pie