A Stranger Shares Her Story: A Most Unexpected Gift 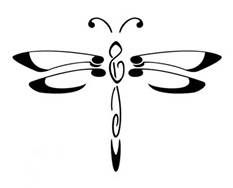 A Stranger Shares Her Story: A Most Unexpected Gift

I’m lousy at returning unwanted purchases to the store.  The search for the receipt, the desperately hoping you made it to the store within the return period, the standing in line just to admit defeat:  you bought something you didn’t want/couldn’t use/wasn’t as you expected.  You made a mistake and now you were standing in line to say, “I’m sorry.  Could I please have my money back?”

So that’s how I came to be standing in line at Home Goods, waiting to return the pillows that I was sure would match my patio set, but didn’t.  As the cashier was processing my return, another Home Goods employee was doing something at a nearby register.   She asked a question of her co-workers…no one answered.

I smiled and said, “I heard you, but I don’t know the answer to your question.”

She smiled back and said, “I’m used to it.  I have four daughters.”

The cashier called the woman over to approve my return.  As the cashier prepared the paperwork, I asked the woman, “What’s the difference in age between your oldest and your youngest daughter?”

That was it.  Just a simple question; an effort to connect with another human being.   Never in a million years did I imagine it would lead to what must have been a 15-minute conversation and many shared tears.

The woman stammered.  It turns out it was hard for her to answer my question because her youngest daughter was no longer alive.  The girl’s premature birth had led to a variety of health issues and she spent her short life in a wheel chair with a variety of tubes attached to her body.  She lived until she was seven years old.

An image of my healthy ten-year old daughter flashed through my mind and I felt my eyes tear up.

“It was, but she was an absolute blessing.  I didn’t realize it until afterward, but she was the glue that held our family together.”

She explained how her three other daughters loved their sister with special needs.  They helped care for her and even learned special procedures such as how to change her tracheotomy tube so she could breathe.
She said there were many happy times, including one summer when her entire family went on a house boat trip.  She explained it had taken her a long time to find a boat that could accommodate her daughter’s wheelchair and other medical devices, but it was worth every minute.

Shortly after that trip, her daughter’s health was in distress and they called 911.  The paramedics raced into the bedroom she shared with her sister and whisked her small body off the bed of the bottom bunk.  They tried to save her, but their efforts were in vain.

The woman said the worst part of that evening wasn’t that her daughter passed—she had long known her life would be briefer than it should be—but rather, that her second youngest daughter had seen the many failed attempts of the paramedics.  She had been in the top bunk of the bed and had a front row seat to her sister’s very painful death.

The woman said, “I wish I had the presence of mind to take her out of the room. If only….”

With a child in medical crisis and the associated commotion of the paramedics, how on earth could this woman have even thought of it?   What mother could?

She continued, “I not only lost one daughter that day, I lost two.”

The memorial service was beautiful she said.  For such a short life, her daughter had touched many people.   The part she will forever remember is when, seemingly out of nowhere, dragonflies descended on her daughter’s small coffin and radiated this amazing light.   She couldn’t explain it, she said, but it was a magical sight.

To mark the passing of her daughter, the woman had a tattoo done.  She turned around, lifted the back of her shirt up a bit and showed me a delicate purple and green tattoo of a dragonfly.  She said the tattoo is usually well-hidden, but her lower than usual pair of pants that day meant a co-worker had caught a glimpse and teased, ‘I didn’t know you were a biker chick.’

The woman smiled wistfully.  Most of her co-workers didn’t even know she had lost a daughter…after all, it happened 18 years ago, so she never talked about it.

[Yes, I am still standing at the register at Home Goods as she’s sharing all of this.  I can’t explain why the usual line of customers waiting to check out wasn’t there, but for whatever reason, she was able to continue her story uninterrupted.]

Her family was never the same after her daughter died.  She and her husband went through a painful divorce and her three daughters had a variety of problems, especially the second youngest.   The pain was so overwhelming, that for a long time, she wasn’t sure she would survive.

But she got through this ordeal because of one week in her life like no other.  Every night that week, her daughter visited her in her dreams.  In the dreams, she saw a happy, vibrant girl laughing and playing on a playground.  Her daughter ran up the stairs and slid down the slide again and again and said, “Mom, thank you soooo much for letting me come here.  It is so wonderful.  I can’t wait to see you.”

She said it was the most amazing thing in the world.  Her daughter, who had never spoken a word or walked a step in the physical world, was letting her know she was okay and that, one day, they’d be reunited.  Though the woman’s grief for her daughter was palpable, she radiated genuine joy as she shared this memory.

As her story was coming to a close, she was suddenly aware that she was sharing one of her most intimate stories with a complete stranger who only came across her path because of a merchandise return she needed to approve.

As I wiped tears from my eyes, I thanked her for sharing.  She self-consciously apologized for going on and on, but said she doesn’t usually get the opportunity to talk about her daughter.   She ended by saying that being able to share the stories with me was like I had “given her a gift.”

And, right there, right then, I got goosebumps.  Because as passionate as I am about gifts, this was one I had no idea I was even giving.  I walked out of the store thinking she got it wrong—it was she who had given me one of the most beautiful gifts I have ever received.