A Special (Birthday) Gift for a Teen or Anyone Else

My son was born 5 weeks early...and weighed less than 6 pounds.

In what I'm convinced was the blink of an eye, he turned 18.

There was much debate on what to get a young man turning 18.

What does eighteen really mean anyway?!?!

Does he need anything? Does he want anything?!

In the end, there was an assortment of gifts...and one that I designed.  This post is about that one gift.

A Photo Gift Perfect for Any Age or Year

I had wanted to give him a special birthday gift that would convey all sorts of emotions:

One morning I woke up with THE idea:  I would select a picture from every year of his life and then place the photos into the shape of an 18.

I very much wanted the end product to be something that looked professional, rather than something I might have made from old photos that I grabbed off our bulletin board.

(To be sure, the homemade, scrapbooky version would have worked just as well, but somehow 18 seemed to me an elevated age and I wanted a bit more polish.)

I even started thinking that perhaps the picture will someday be packed along with his other gear when he heads to college next year (which assumes, of course, that he gets those applications in!)

As is often the case when I birth a gift idea into existence, this one took me several tries to get it right.

Please benefit from my mistakes! Click here for a tutorial on how to make this photo gift.

The very nature of a photo gift means that it will be a labor of love, mixed with fond reminiscences and wistful thoughts.  I clearly underestimated how surreal it would be to visit with 18 years of photos!

I reconnected with some of my most favorite pictures and saw some that I don't even remember being taken.  I saw a wide variety of friends and family and marveled how time had been kinder to some folks and less so to others.  Seeing faces of those who have since passed was an odd sensation, though a pleasant one.

The assembly of the photos was a much longer process than I had imagined.  Through trial and error, I learned what  photos worked best, what to use as a background and much, much more.

I scrambled to get the printed photo sheet into a frame before we headed out to a birthday dinner.

When my son opened the gift, it merited a "This is really cool" which I consider to be high praise from a teenager.

He had fun looking at all of the photos and recalling the various birthday parties over the years.  As he and his sister discussed the various gatherings, I enjoyed listening to their assessments, "Remember that place?  It had the best swings ever" and "Where was THAT photo from?"

As I was cleaning up the wrapping paper from the evening's festivities, I was reminded once again that I am one lucky mom...and will tuck the idea away for when his sister turns 18. 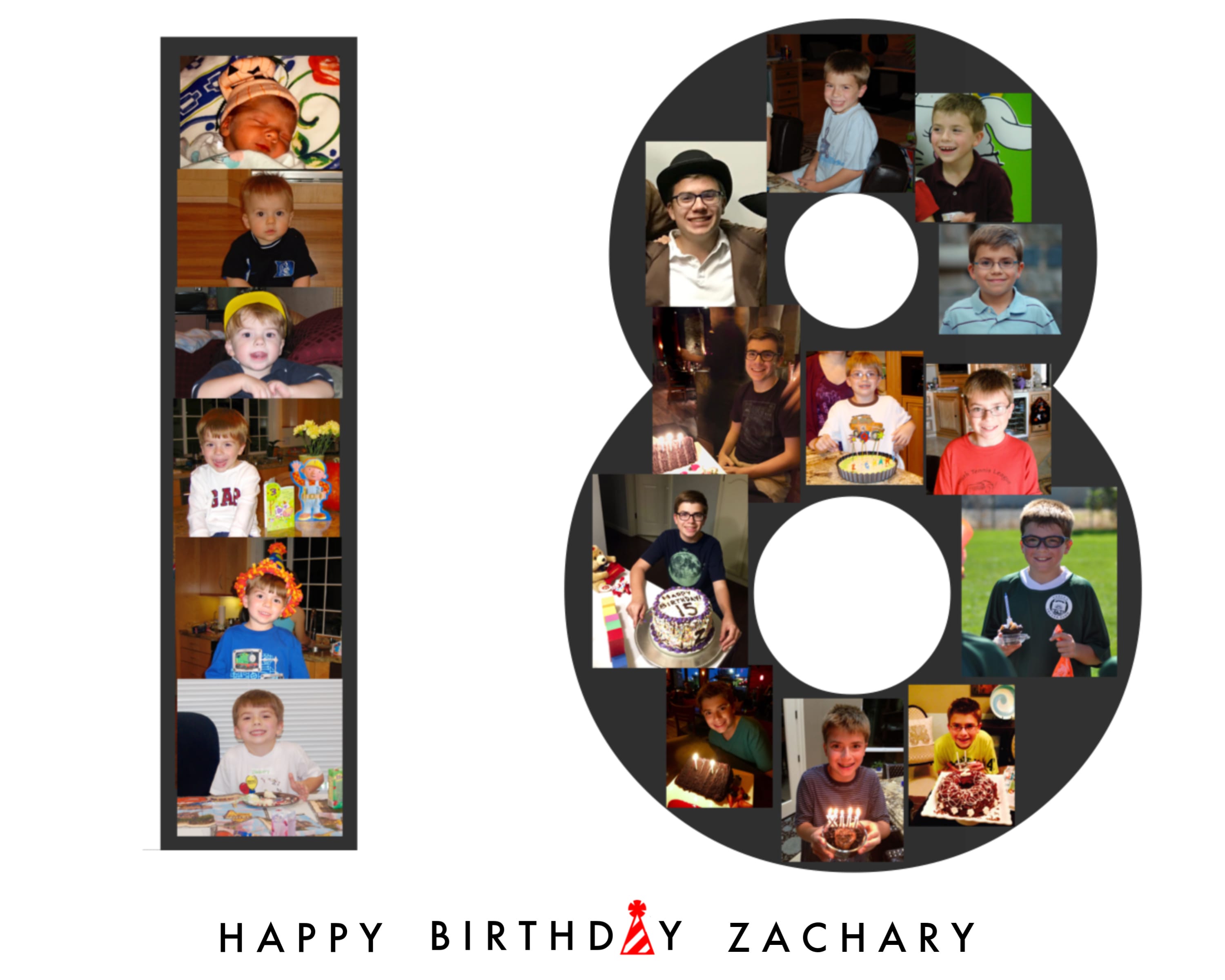